Just added the last set of pictures from Cambodia and some from Hong Kong into the old 2008 folder.

On my first trip into S21 (the concentration camp in Phnom Penh) I refrained from taking pictures to try and fully appreciate what happened there.  On my second time through I thought it would be okay to take a few pictures to try and illustrate some of what happened.  I’ve posted 6 photos from the concentration camp, but this really does the place no justice.  It’s full of photos and stories of people that went through a very tragic time in the history of Cambodia.  It’s a bit altruistic to think that these photos will change anything but for history’s sake I post them anyway.

Hong Kong pictures are the typical food and people types of shots.  I tried to give an idea of what Mong Kok is like, it’s the reason I enjoy the area so much.  You are absolutely enveloped by people the moment you step onto the sidewalk.  I can walk down the side walk and people don’t even give me a second glance, a nice change from Thailand/Cambodia/Vietnam. 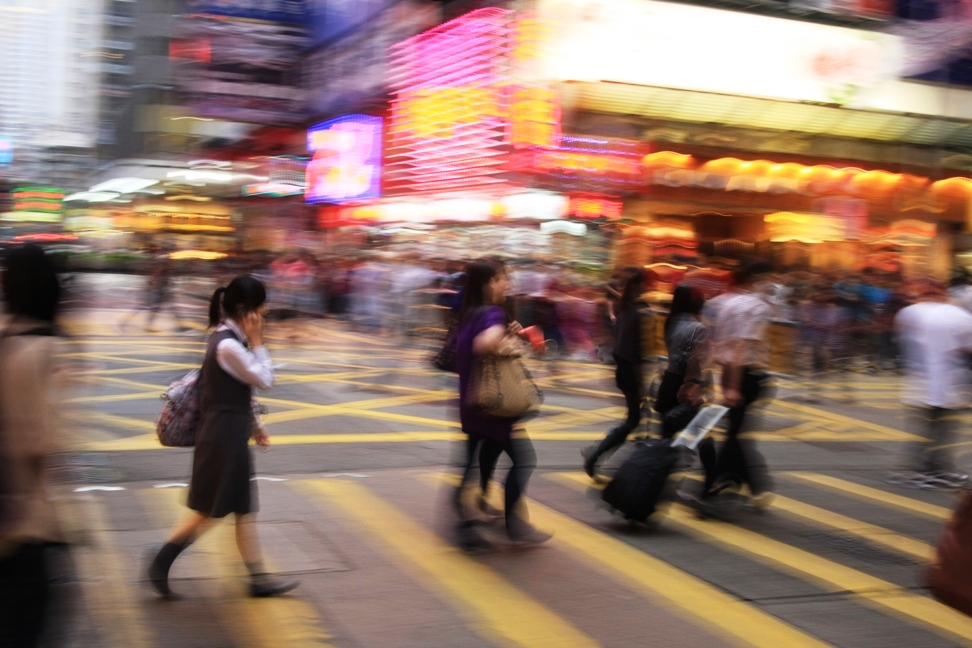 On arriving into Hong Kong Homer was quite sure I would be run over within the first half hour.  Fortunately I’ve been able to avoid this fate, not without some close calls.  I picked up the bad habit of crossing the road whenever I wanted to in Viet Nam and it’s something that I found to be very easy to get used to, much to Homers disbelief.  The traffic and people there move slow enough to avoid pedestrians and generally move at a slower pace.  The pace of Hong Kong is something I should have been prepared for seeing that this is my 4th trip th HK but it still caught me off guard, everyone here is basically running from place to place where people in the rest of SE. Asia stroll to their next appointment.  This is essentially how I think of Hong Kong people now, they move at 2 speeds; full blast or full stop.  This goes for anything they do be it talking, walking, eating or anything you could think of.

This isn’t to say I’m not once again charmed with Hong Kong because I totally am.  Homer’s cousin took us to what I like to call Kung Fu Dim Sum, a totally new experince for me.  The dim sum i’m accustomed to is very calm and orderly with a food routine basically worked out over many times eating dim sum.  This was a polar opposite to what I’m used to, starting with getting seats. We had to stand over people and try and guess who was finished eating and would soon be leaving their seats.   I personally thought one fellow who was enjoying the news paper would soon be leaving, he barely gave me one glance and went back to reading his paper and didn’t move one inch.  We managed to sneak onto a nearby table sqeezing in between two other groups of diners.  This wasn’t the end of the trials there, I’m used to them wheeling around their carts of food and we point at things we’d like to eat.  In this case you can wait for things, but you may be waiting for quite some time.  It’s quite normal for people to go wandering around the shop themseleves looking for what they want and it’s not uncommon to see a popular cart overwhelmed by people.  At one point Homer went to the kitchen to ask for something, he was informed gruffly that the food was out on the floor and to go find it himself. It was a totally fun eating experience in Hong Kong, I was informed this was a genuine tea house that had been there forever and this was how it’s supposed to be.

Once again Homer’s family took good care of us, feeding us way too much good food and Homer and I made trips out to some food eating mecca’s like Sai Kung.  We consumed more than our fair share of mangoes and I had my ghost eyeballs.