It’s been a pretty intense week or so.  As soon as we dropped Jack off at the bus terminal we came back to the farm to move some stock around and check things out.  It being calving season Alex has been sure to check on the heifers on a daily basis to see if any of them are having birthing issues.  As we were riding around on the quad we saw one heifer with two hooves sticking out of her so Alex knew something might be wrong.  We went back to the house to get some gear and to give her a few hours to see if the birthing would happen naturally, but by the time we went back nothing had progressed so he decided to assist the birthing.  We managed to get her in the head bail and at that point it got pretty messy.  It’s not as scientific as I would have thought to assist in the birth, we basically strapped some ropes to the calfs feet and pulled, it took 3 of us to do it but finally he was brought into the world.  He got dubbed Mr. Heavy as Alex tells me he’s a beast of a boy.  We had to nurse him through the first few days because the mum was too stressed out from the birthing.  A week later and the calf is doing perfectly.

The day before that incident we got to dock 140-some-odd lambs.  Docking is the process of cutting off the tails of the lambs to keep them clean on the backside.  The job of Jack and I was to catch each lamb and run them through the procession of things needing to be done ending with the chop.  It was interesting work, something that only happens once a year so I was pretty lucky to get to try it.  We finished up the day with Jack and I wrangling a couple of rams, Alex’s only warning was be careful, they can shatter your knee.  It’s a pretty intense warning as you’re in the pen with them.

To get the lambs all in one place was fun as well, we got to do it on horse back instead of on a quad or by foot.  Miranda gave me a quick rundown on how to turn and how to stop.  With that we were off into the far reaches of the farm to collect up the lambs and their mums.  We all did pretty well I thought as Jack and I are no experienced riders and managed to get them all rounded up after a few hours of riding.  At one point it was me pushing a whole mob of sheep by myself and I let myself pretend I was a cowboy, pretty awesome.  At the end of the ride there is a particular hill the horses are used to galloping up which was crazy.  We all sat there and the only advice given to me was to hold on, it’s really quite surprising how fast a horse goes from sitting to full blast.  I laughed my head off the entire way up the hill, I realize now I’ve cantered before on a horse, but never galloped.  Try it if you get the chance, it’s amazing.

After a few days in Kerikeri trying to find a wwoofing gig I was about to give up as every place I called or emailed came back with a reply that things were full which was pretty disheartening.  I actually got to the point where I figured there were too many Germans wwoofing for me to find anything in this area so I was about to hit the road and make it to Whakatane.  Fortunately I got an email the morning I was to leave that a spot had opened up on a farm down the road so that’s where I find myself these next few weeks.

I’m hosted by Alex and Miranda, a kiwi and a dutch (respectively.)  There’s also another wwoofer here from the UK, Jack, who has just arrived in New Zealand.  The first day that I arrived we quickly got to work and finished up the day, for our evening entertainment we went and did some possum control, read hunting possums.  It was a lot of fun, we walked through the bush with our headlamps looking for the possums to stare back at us at which point we take some pot shots at them with the .22 or Alex would give em hell with a shotgun.  We ended the night after putting down a total of 4 and one injured.  Possums here are quite a pest that kill a lot of the native flora and fauna.  Common control methods usually involve 1080, a poison, which New Zealand consumes 80% of the worlds supply of 1080.  It’s a highly contested control method due to second kill effects.  Hopefully at some point the use of it ends or is greatly reduced.

After a few days on the farm we got to go for a cruise and try our hand at fishing on Alexs yacht.  Being in the bay of islands is probably the perfect place to go sailing at this time of year as we have had perfect weather.  We managed to catch only a little bait fish so we ended the day just having a good time cruising around the bay a bit.  We got the boat out of the water now and have spent the last several days sanding it down and getting it cleaned up so we can repaint it.

This would be the first real commercial farm I’ve gotten to work on so it’s an interesting perspective than the other farms that I’ve wwoofed on but the work is nice and hard and the playing is also a lot of fun.  This weekend we get to dock lambs and ride some horses around the farm, should be lots of fun.

Just a quick note to say that I managed to get pictures up.

Still looking for a place to wwoof for a few weeks, hanging out in the meantime. 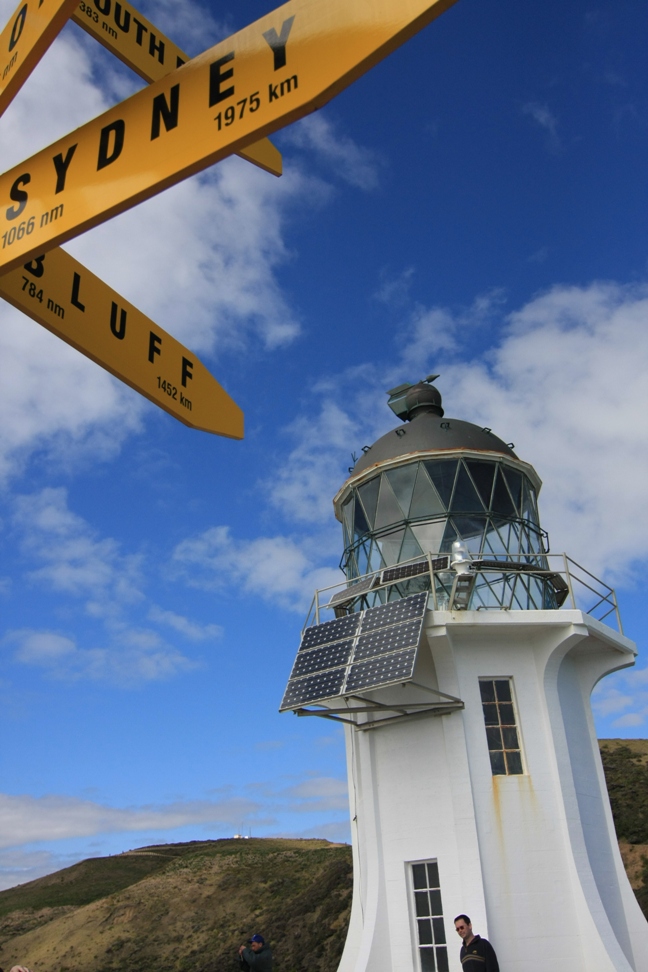 Just a quick note to say that I made it to the cape today. I’m getting properly drunk and had my celebratory pizza.

Finished the last long climb of the tour today, just shy of 400 meters, I thought the hill would never end.  Fortunately it did and let me fly down for a good 5km.  I think the rest of the hills on the way back down to Auckland stay around 200 meters which is encouraging.

The last few days have been brilliant riding, and I’ll push on halfway up to the cape today and finish off the rest of it either tomorrow or the following day (I’d really like decent weather when I head up there.)  I’ve been riding though mostly deserted holiday towns and empty roads, which I enjoy a whole lot more than Auckland city streets.

Highlight of yesterdays ride was going through what is probably the oldest Kauri forest left in New Zealand with the oldest Kauri being Tane Mahuta “Lord of the Forest”, age estimated at 2000 years old.  I thought it would be like riding through the Avenue of the Giants in California and to some extent it was.  But when I did the hike to see Tane Mahuta it takes your breath away.

I tend to find myself smiling when telling people I have 1 or 2 days left in this ride.  I’ve gotten a lot of ‘good on ya’ and ‘brilliant’ from people I’ve run into. Time to finish this.

I got through Auckland in one piece which seems to me to be a miracle in it’s own right.  The last time I went through Auckland it was on my way out, and things got easier the further I got, whereas this time I was heading into the heart of the beast so things only got worse the farther into the city I went.  I though to myself as huge lorries are flying by my ear at 100km/hr this is insane, and I kept muttering to myself about trying not to die.  To top it off I only made it as far as West Auckland by the end of the day (I had started the day in Hamilton) whereas I was hoping to make it up to Helensville but all the stop/go lights really put the breaks on the days ride. I ended up for the first time in a motel after asking a bunch of people where the nearest campground was, one couple lamented to me the lack of camping in that area and told me the only bet was a motel down the street.

Today I finally got off the main road onto the long way to Cape Reinga which, thankfully, has much less traffic.  I can only hope it remains that way until the top.  I’ll hit up the kauri museum this morning as many a person has told me it’s well worth the stop.  As a note kauri is like the giant redwoods in California, though it was heavily logged early in New Zealand colonization because it grows straight and is extremely wide.  I’ve seen a fair amount of furniture made out of kauri and it’s always nice stuff.  Because they can’t really log it anymore to get new kauri they dig it out of swamps which the logs sank into when they were logged the first time.

I’m probably 3 or 4 days from the end of the line here, then I’ll try to find another wwoofing gig and hang out for a few more weeks before the next adventure starts.

“A route for cycluists who love going up and down, no less than six major saddles, numerous hills, a couple of bluffs, a gorge and the odd tunnel or two.”

Pretty accurate I would have to say. Though the last hill really caught me off guard and had me panting the whole way through it. Whangamomona was a neat little place to camp, wikipedia gives a good run down of it’s history. It doesn’t take itself too seriously and I’m sure their biannual independance day would be loads of fun to go to. Unfortunately I didn’t get to meet their old president, a poodle, that supposedly had an assasination attempt on it’s life.

The ride from here puts me 2 days to Auckland and probably another 4 days to the top, no major obstacales are between me and the cape, if you don’t consider Auckland to be an obstacle.  So here is to hoping the bike and I stay in one piece for a few more days.

My knee has been okay for the most part, beside a few twinges of pain it’s managing to hold up and I’ve kept on the bike, hopefully that is behind me now. 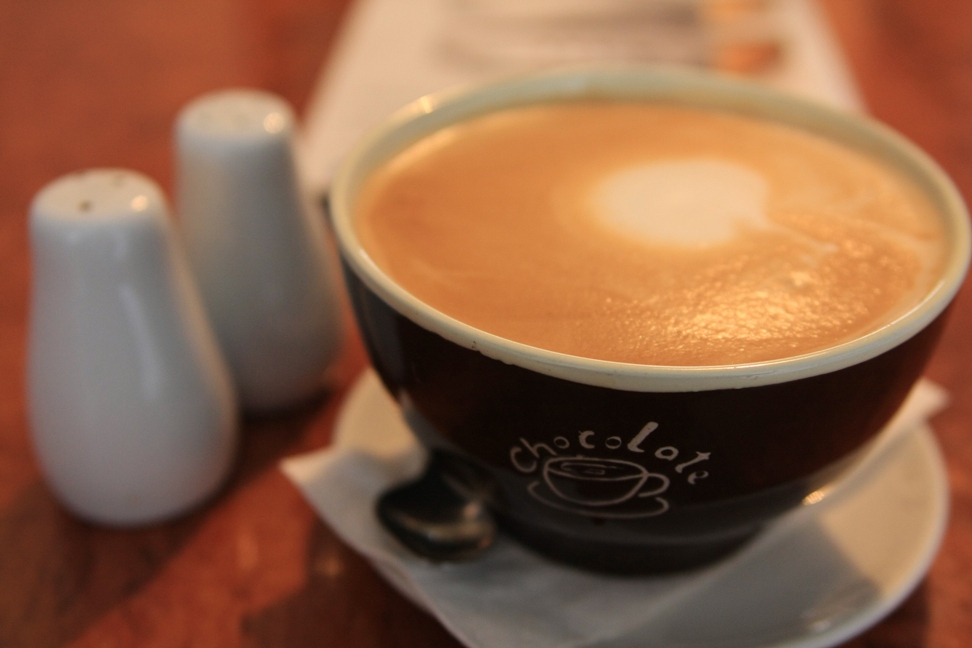