It’s time to put this ride to rest I think.  I had Max drop me off in Palmerston this morning due to some broken spokes on the rear wheel.  I’ve had a rash of them ever since getting into Wellington.  I think I’ve replaced 6 spokes since then, fortunately for me I’ve found a decent bike shop that is willing to re-spoke the wheel.  That in itself is strange because every other bike shop I’ve run into immediately wants me to put on a new wheel (takes more time to re-spoke) so it’s nice to have them want to fix it properly.  I’m going to start donating some of the things I’ve been carrying around to lessen the weight (I think I’m up to about 7 books.)

My rationalization of getting Max to drop me off is that I cycled by Palmerston on the way to Pongaroa so this is sorta a warp back to a previous save spot.  I think the cycling will be interesting the first 3 or 4 days as I really haven’t cycled continuously since riding into Mapua a little over 3 months ago.  I’ve done fairly well hiding out the winter indoors wwoofing.  Last week working on the fencing there were a few days that felt like summer, it was great. But the farmers around town were saying when I got there the last two weeks of August everything turns to custard. What do you know when the 16th of August rolls around and it pours cats and dogs for days.  It was nice while it lasted.

We finished up the fencing project we were working on and had some deer steaks ‘hacked off the carcass’ as Max put it.  Quite good eats paired with my favorite purple potatoes and cheap (good) Aussie wine.  As usual the conversations with Max & Jane are excellent and many movies were watched as there is little else to do around Pongaroa.

Motto for the next few weeks, ‘Cape Reinga or bust’. 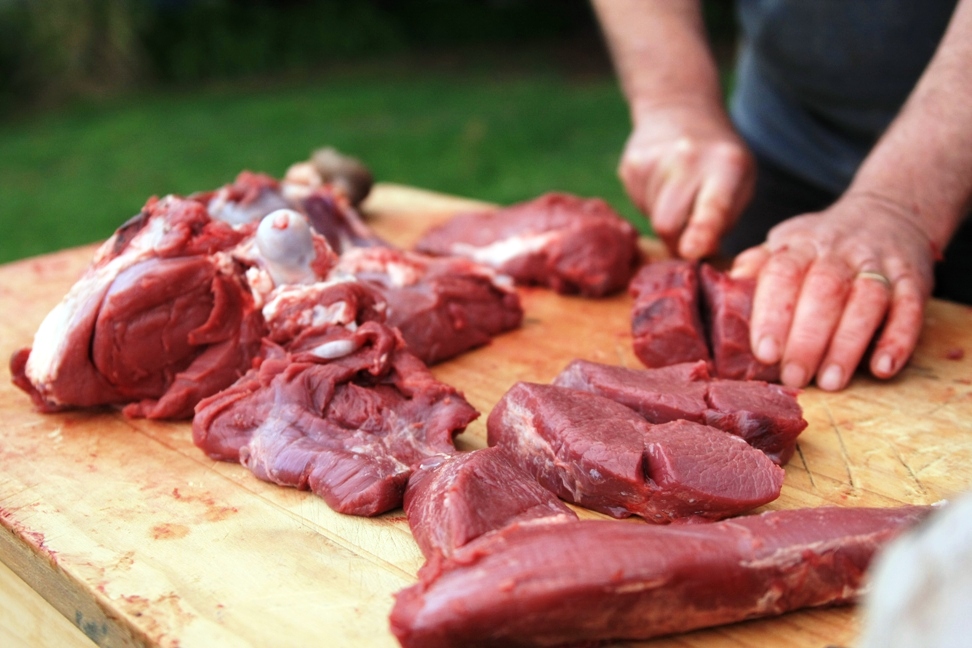