I haven’t moved from Bangkok yet for reasons I’m not entirely sure of. I think one good possibility is that while in New Zealand I became accustomed to staying in one place for long periods of time (about 1 month.) The only problem with that here in Thailand is that I only have one month I’m allowed to be in the country before having to move on, this is mostly due to the fact that I planned my trip into Thailand poorly and didn’t apply for the 2 month visa which I wanted to do.  The good thing is I will probably come back to Thailand since it is a major airport hub which would mean it’s cheaper to fly out of here than elsewhere.

The nickname for Thailand is the Land of Smiles in case you were wondering, often abbreviated as LOS when reading about it online.  At first I thought it was some sort of marketing for Thailand and didn’t really believe it but since getting here I have come to see why it’s called the land of smiles.  I don’t think you’ll find service like this anywhere else in the world and such genuinely happy people.  A good example of that is the person who might be opening a door for you to a mall or a hotel, they look really happy to be of service you can’t help but smile with them.  When I look into the eyes of these people I see actual mirth behind them, it’s quite infectious.

I went on what will probably be my one and only tuk-tuk ride the other day, it turned out to be a practice in patience.  I went to two tailors, one travel company, and one jewelry shop mixed in with loads of more Temples (wat) and all I really wanted to see was the Palace.  I knew it was going to happen this way and I figure everyone that comes to Thailand has to at least do it once so it was an experience.

I decided to get out of here on up to Chiang Mai by train tonight, 14hrs on a train when I hear you can do it 6 hours shorter by bus but I figured it would be kinda neat to go by train at least once, and it comes with a bed. 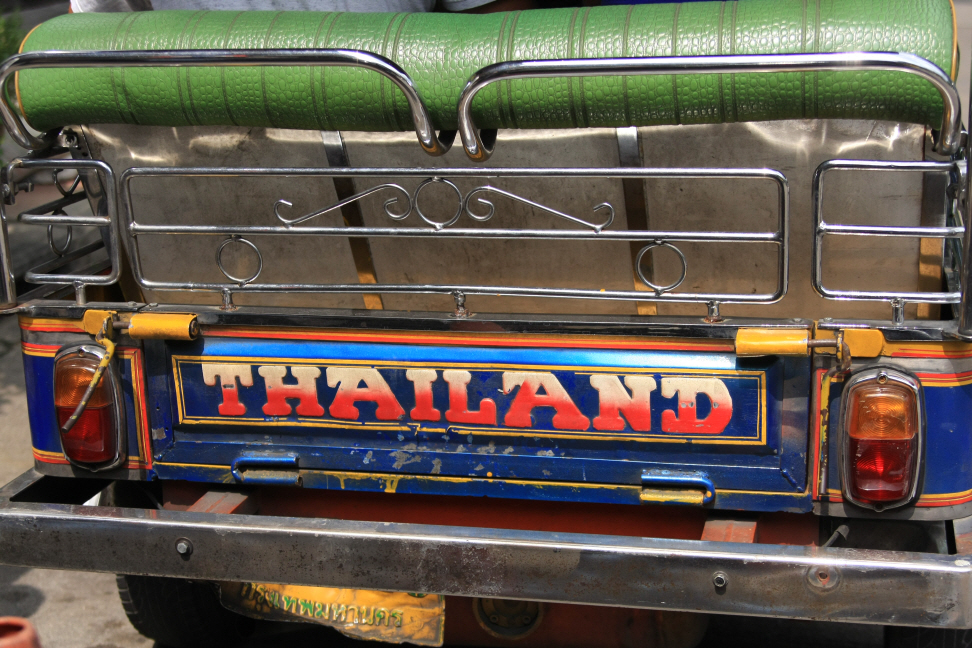